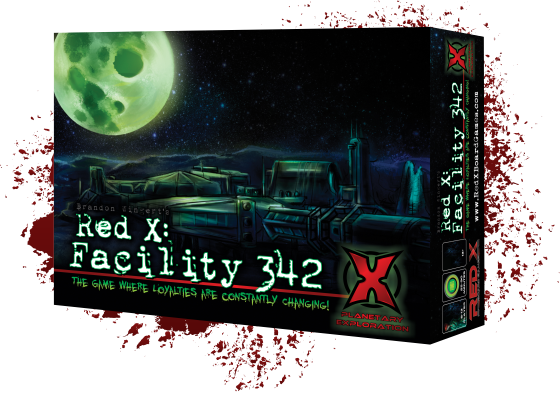 You can also purchase Facility 342 & Kitty Canasta on Amazon

Researchers try to cleanse Facility 342 of an alien threat as aliens secretly try to infect the other players. Facility 342 starts off with two of the players infected, and during game play anything can happen. In private missions, researchers can build a device to save themselves, or aliens can try to increase their numbers by infecting other players. Who do you trust after a failed infection attempt? It can be hard to tell. Trust the wrong people and find yourself alone with an alien. Trusted players one round may not be the same person the next. Get out of your seat and spend time alone with another player because in Facility 342 loyalties are constantly changing!